Eye theory – all coincidence, or what? –

Have we in the past contributions more or less taken care of the “all around” of the pigeon play so I will try today the pigeon’s eye in word and picture to shed light.
We all know the view when inspecting a pigeon when the impression of the eye is included at the end of the test. Statements such as, the eye must be “expressive”, I like to see a “living” eye, the eye must “shine”, I do not pay attention to eyes or even that does not interest me can read in many shock reports. What is really to be seen in the pigeonhole?
Here we see the eye of the famous “84” of Franz-Wilhelm Gonschior. The “84” was the mainspring of Gonschior and was bred exclusively for breeding. This “84” runs for more than a decade through the lineages of absolute performance u. Astige, – not only on the beat Gonschior! – Even children and grandchildren are already part of the Stammtauben on many strokes. 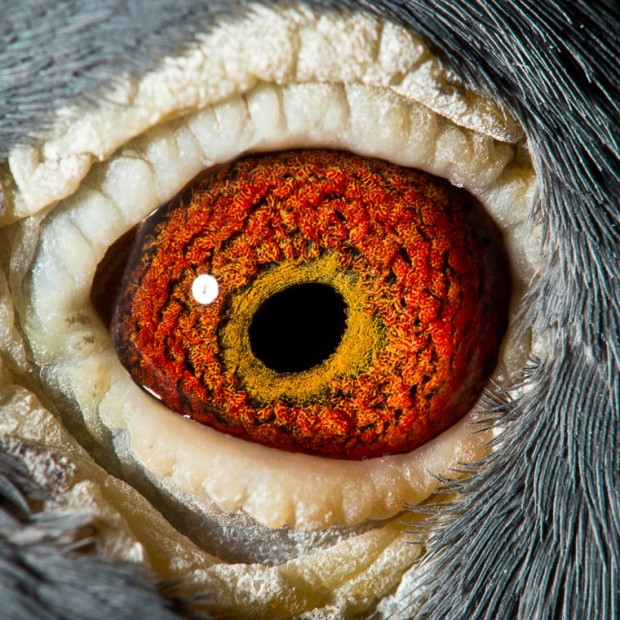 Let us now deal with this color eye. We see the pupil in the middle of the eye. This pupil is enclosed by the Wertring, here in yellow color. In the Wertring itself, lines running parallel to the Wertring between 09:00 and 11:00 are visible. Between 07:00 o’clock and 09:00 o’clock you can see lines at a 90 ° angle to the Wertring. Parallels are often found on pigeons which are distinguished on the other flights (> 400km), the 90 ° lines are often the hallmark the “Sprinter” and 1st winner of the competition! After the Wertring we can look at the “84” a perfect iris here. Dick in the color, here orange red, one could think that nature has here umpteen times the colors on top of each other. With such a “thick” iris, the Wertring looks as if it had “crashed”. You seem to look into a crater! Please also note the “fissures” in the iris. That’s what she looks like, the perfect iris! You have to think in a mountain range. One perceives these fissures as fine black brushstrokes. The iris arches up from the Wertring to fall off to the outside again. – Fantastic -!

Let us now dedicate ourselves to the next Megevererber, the “Dromer” of Gerard Koopmann. Father of the “Dromer” is the world famous Freddy. The “Dromer” himself is the father, grandfather, and great grandfather of superpigeons, and is found in an unthinkable number of lineages of travel u. Breeding breeds again.

This eye, also a wonderful example of a “thick” iris. Note the “fissures” within the iris that are visible throughout the eye. The Wertring around the pupil seems to be the perfect support of the pupil. In the Wertring itself, the speed lines (the lines at 90 ° to the Wertring), pronounced between 3:00 and 7:00, can be seen as fine brushstrokes.

As a next example, I chose the Chè of Beat Eijerkamp. With the first bankruptcy NPO from Orleans this super bird set an exclamation mark. But if you look at the list of successful children, it is not without reason that they speak of a “jewel” in breeding success! – Shilp, Eros, Ramos, Carlos, Corinne, Nuria, Selma …… In the pedigree of the “Che” pigeons like “Chicago”, “Tornado”, “Porsche-Bond” and “” Lichte 05 “can be found again. Old van Loon – and Janssen Ardenonk – blood. Pure speed! Therefore, the “Chè” is referred to as No. 1 – Breeder on the Eijerkamp blows But see for yourself. 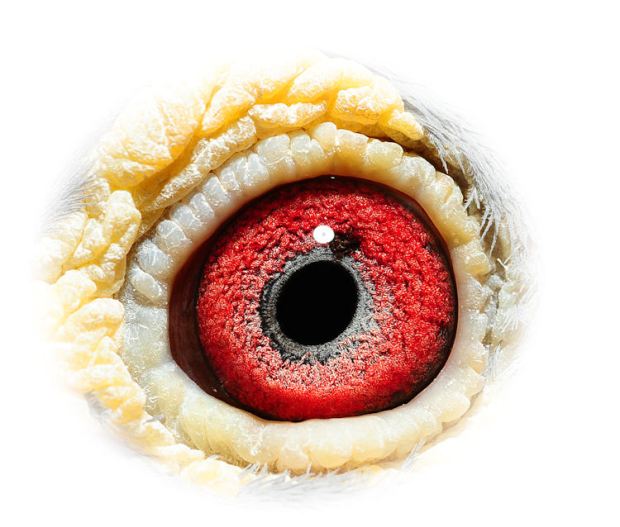 The glass eye of the “Chè” shows a special color intensity. As with the previous eyes, the closed Wertring can be seen without any interruption at “Chè”. The speed lines are wonderful to see here in the lower half of Wertringes. The iris rises strongly and is interspersed with many breeding grooves. Very nice visible is the “cloud” at 12:30 clock, a mark which one finds almost only in “Super Hererbern”. An eye of this quality can be paired with any partner’s eye color !! The intensity of the color in the iris incl. Complete Wertring makes the difference to other pigeons in almost all “super pigeons”! In the eyes of this quality, it is ultimately only a matter of time before again super pigeons are inherited.

Here in the picture you can see the eye of a bird which is the father of three ace pigeons in the regional association. He is also the father of a total of 14 children who flew 10 prizes and more in one season. Some of his children, birds and females have become tribal pigeons on various bats.

But let’s take a closer look. Around the pupil lies here with this eye a strongly marked Wertring in the color gray. In the Wertring itself, the so-called speed lines are easily recognizable as longitudinal lines. The more grooves / lines and the more pronounced they are, the better it can be hoped for very good and fast progeny! The Wertring outward follows the iris. The color of the iris is intensely colored, here in red, whereby the color does not matter, the “thickness” of the color is crucial. Beautifully in the iris are the breeding grooves to see. They also appear here like black brushstrokes. Around the iris, the retaining ring sets, also called condition ring in colloquial language. The darker and stronger it is the better the pigeon seems to be suitable for breeding.

Now we have only four super sires in the picture. This list could be continued page by page. Even though a large part of the breeding community refuses to recognize the breeding value due to ignorance, the reality of a better one teaches us. In more than 90% of all cases of travel, one parent has one eye corresponding to the type of eye pictured. Some examples from the current time are mentioned and can be compared at any time by eye photos and confirmed. For example, The Eye of the “Golden Lady” by G. Koopman, the “Chippo” by B. Steveninck, by Eijerkamp e.g. “Abel”, Don Leo “,” Romèe “by A.u.B. Leidemann, “Mission Impossible” by G.u.S Verkerk, the “Boy” by Harm Vredeveld, the “Eurodiamond” by Brockamps, the “Olympiad 003”, “the Kannibaal, de Rambo”, etc etc !!!! Why were and are they grandiose sires? Is it maybe on the eye? It is not necessary in the breed then as a partner to match an equal “strong eye”, no, possibly it is not good at all, in most cases, the partner of a pair of aunts had an average eye. But here is the art of breeding!

One should not forget with all the good eyes to disregard the physical characteristics!
The eye signs, Wertring, speed lines, fissures, etc., are usually not or only insufficiently visible to the naked eye. This requires a magnifying glass and a corresponding light source. But you should not indulge in the illusion that after the inspection of a few eyes, you have the “know how” to see everything! But those who do not begin will never learn it. Again, “practice makes perfect”! But then you have to state that eyes of the quality of an “84”, “dromer”, “chè” etc. etc. are not found at all blows of the breedership! One thing, and I’m sure that breeders are slumbering in the beats of sports fans without ever being discovered. However, breeders who do not even bother to see eye-signs will ever find them. From the outset but to designate theories as “nonsense” is usually incumbent on those who are convinced only on the one hand or on the other hand can not admit the “third” simply see more and know. Then there are the “pigeon vendors” who can not use any theory at all, for the very reason that a sale fails because of a missing property.

To emphasize once again, breeding with the eye theory is certainly not the “guarantee certificate” to storm the podium, but it facilitates the way there. Likewise, there are many paths leading up to the podium and have been climbed by sports fans who have never before dealt with eye theory. However, these breeders have intuitively assembled the pigeons with the right eyes to the appropriate body. Then they made the selection over the basket and then mated the best again. Strangely, however, is that even the basket with these breeders left the pigeons with the good eyes and bodies! Finally, they now evaluate for themselves whether it is actually just “coincidence” if these exceptional sires also had and have exceptional views. Personally, I do not believe in coincidences anymore! It is, as seen and written, more than a juxtaposition of above-average eyes and eye structures which were the breeding ground for success in pedigree. 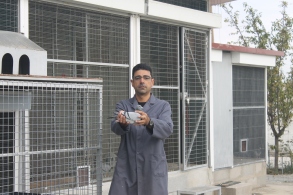 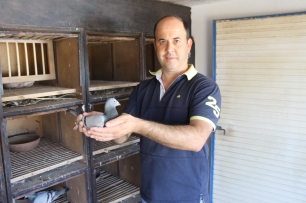 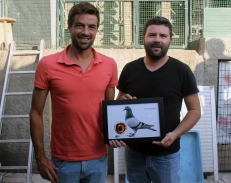 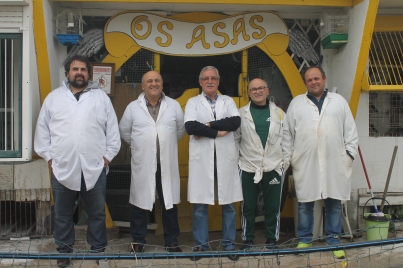 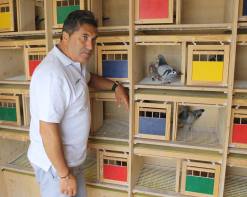 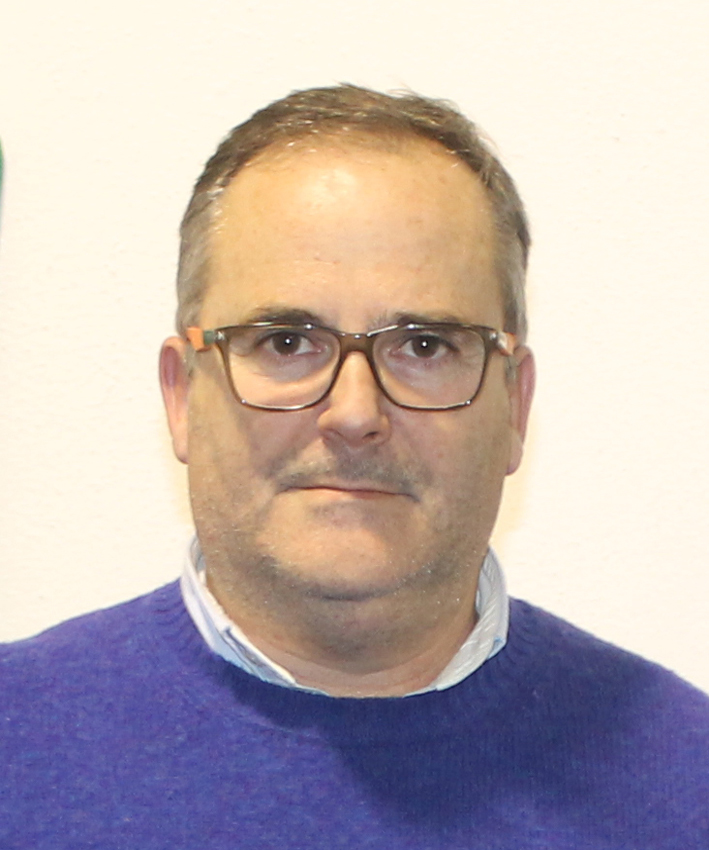 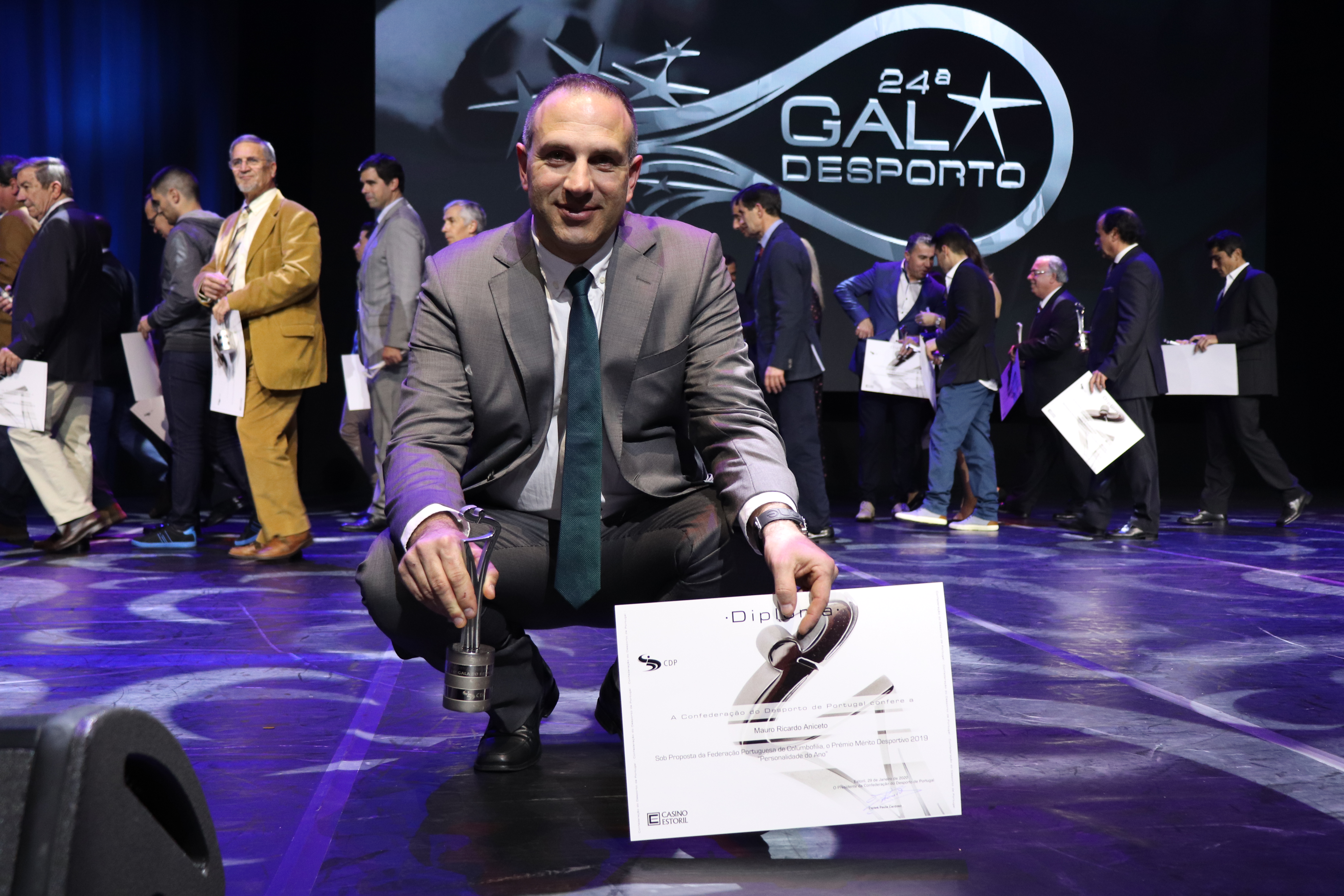 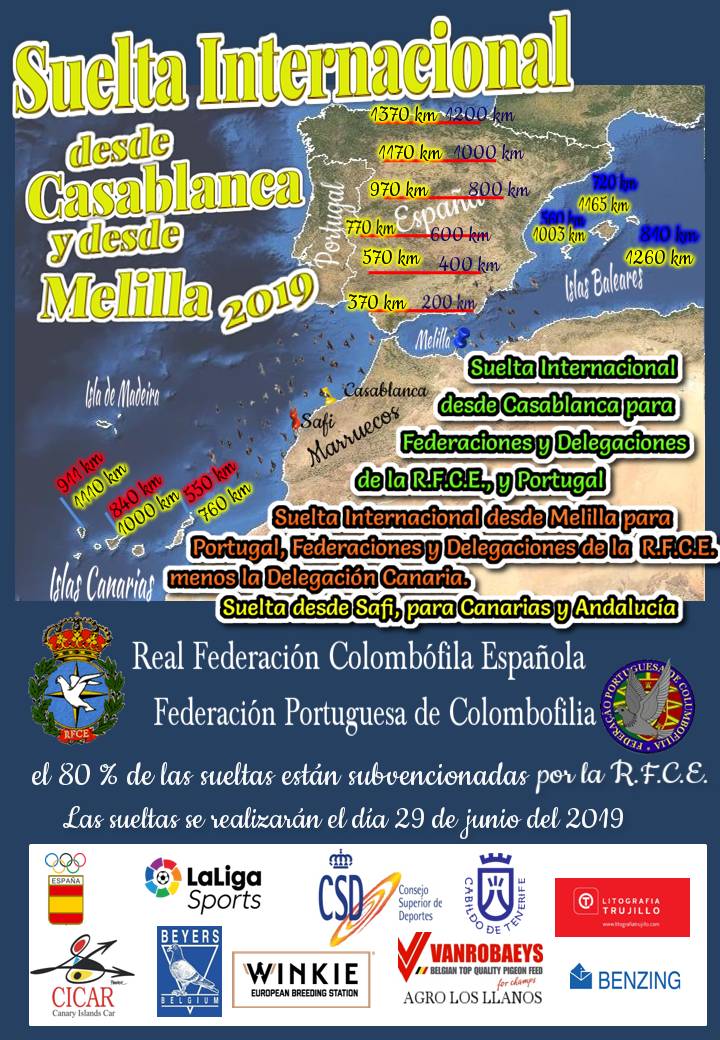 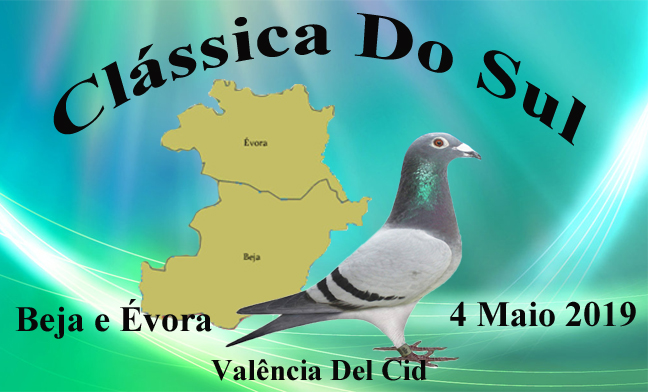 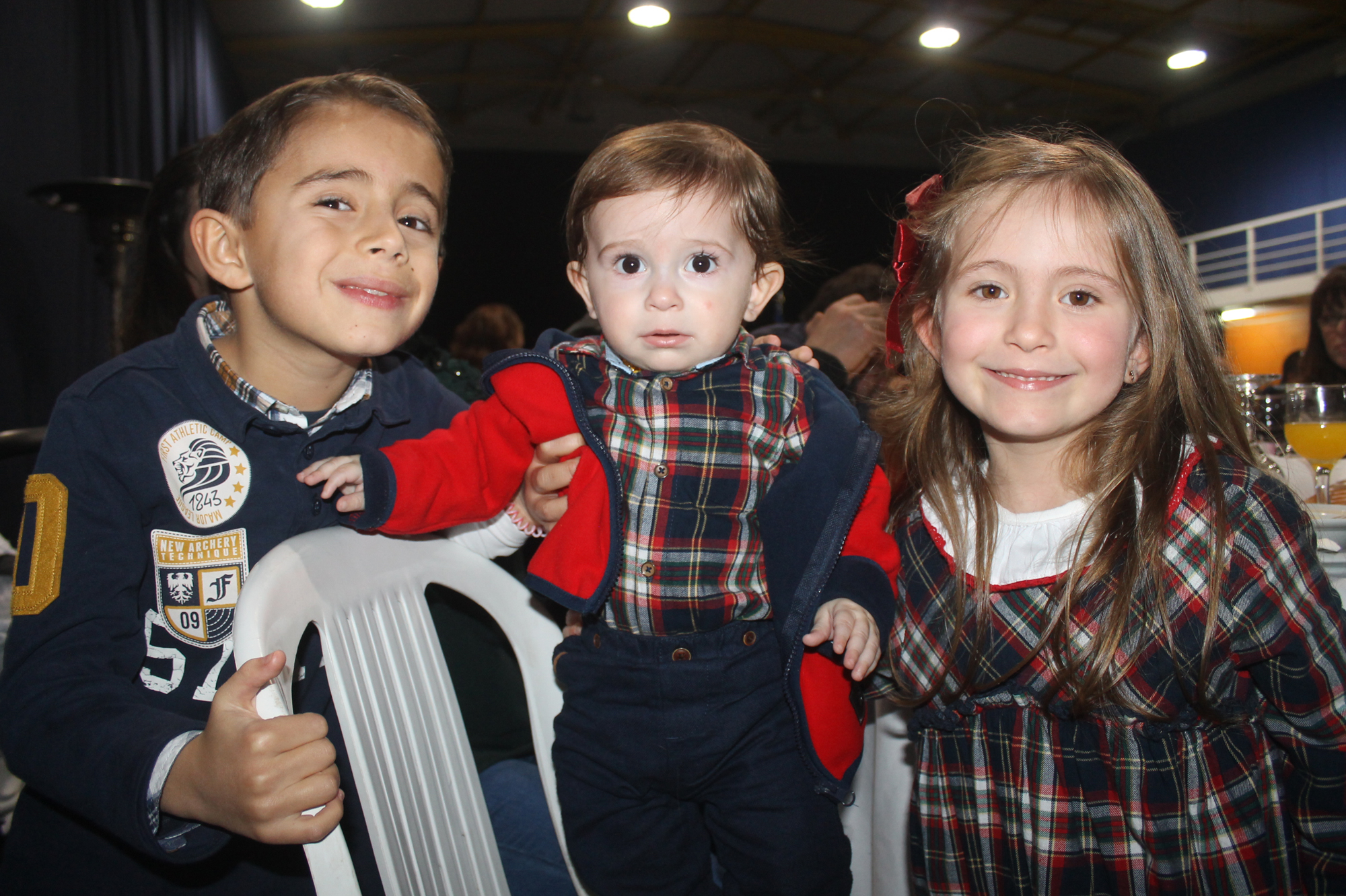 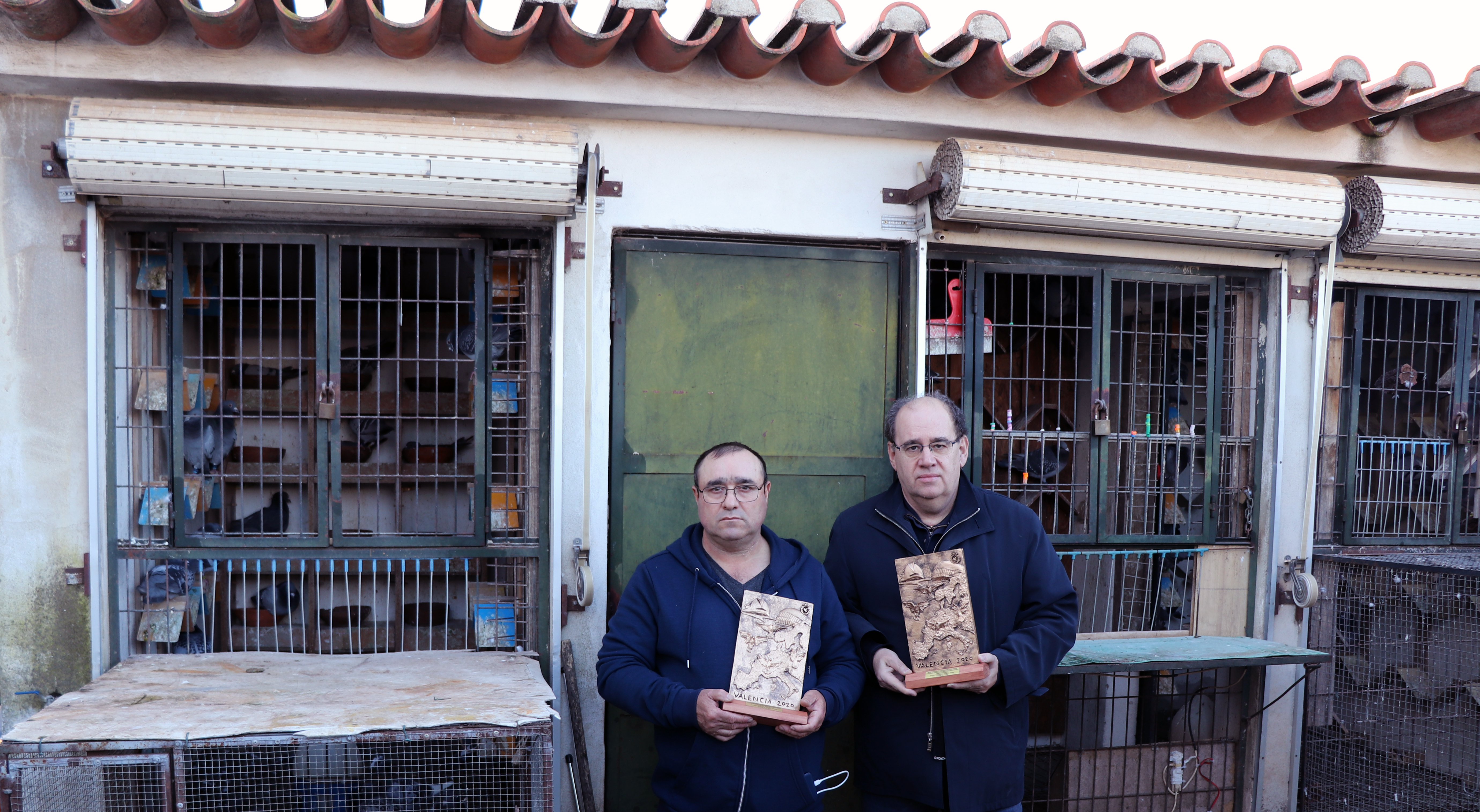 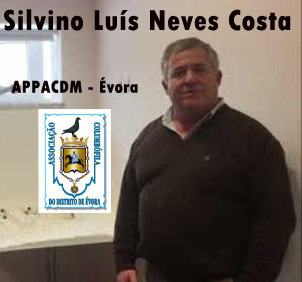 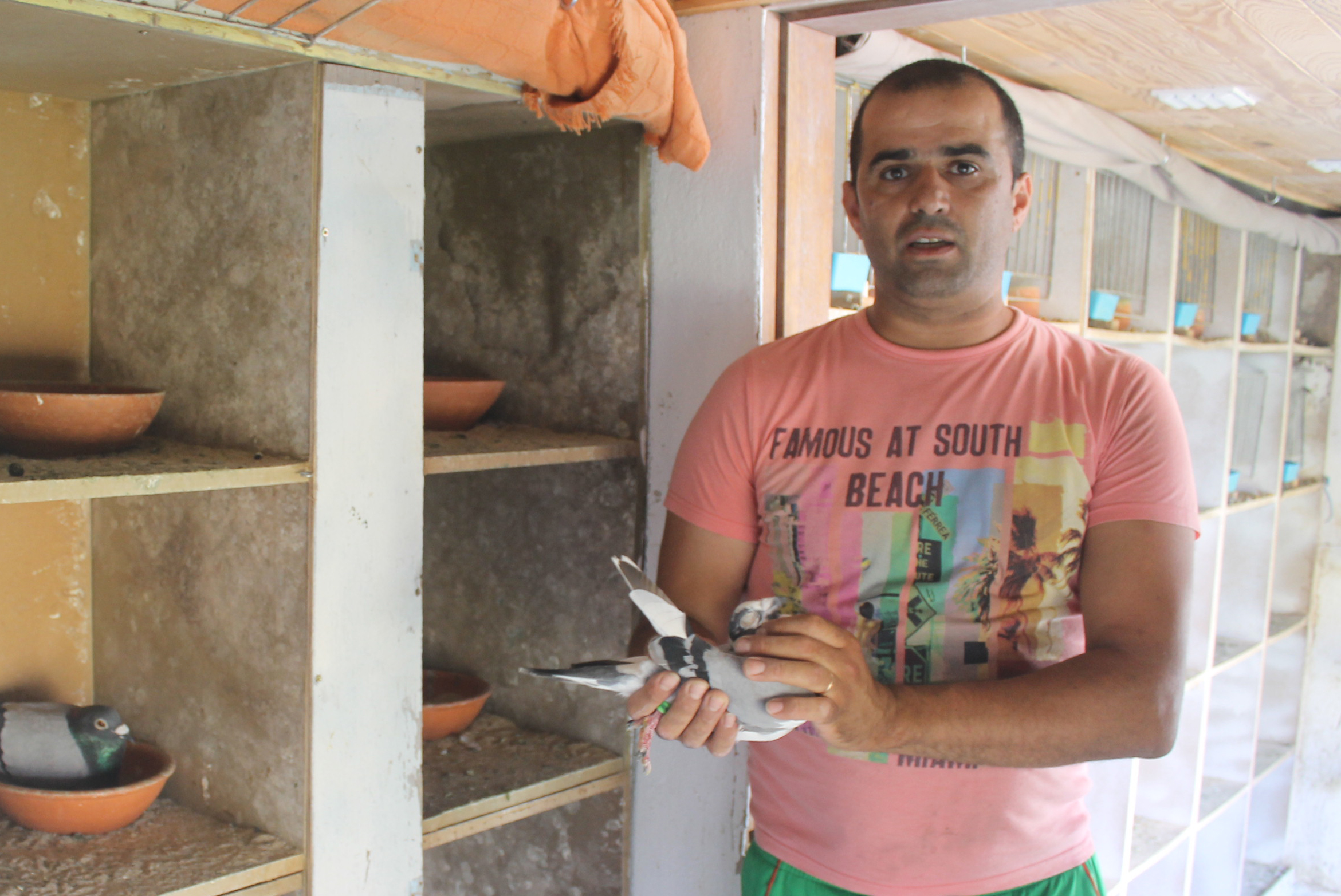 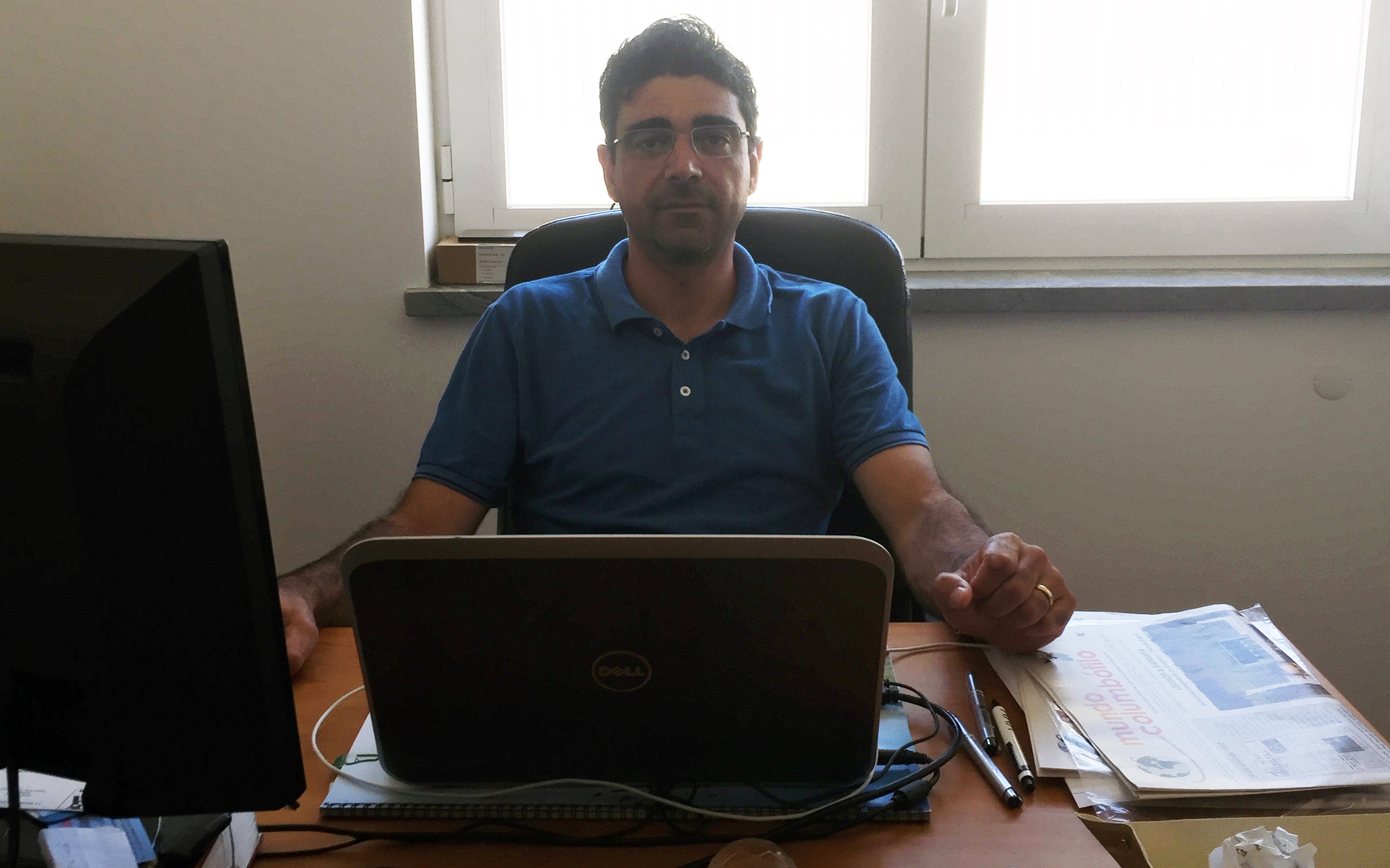 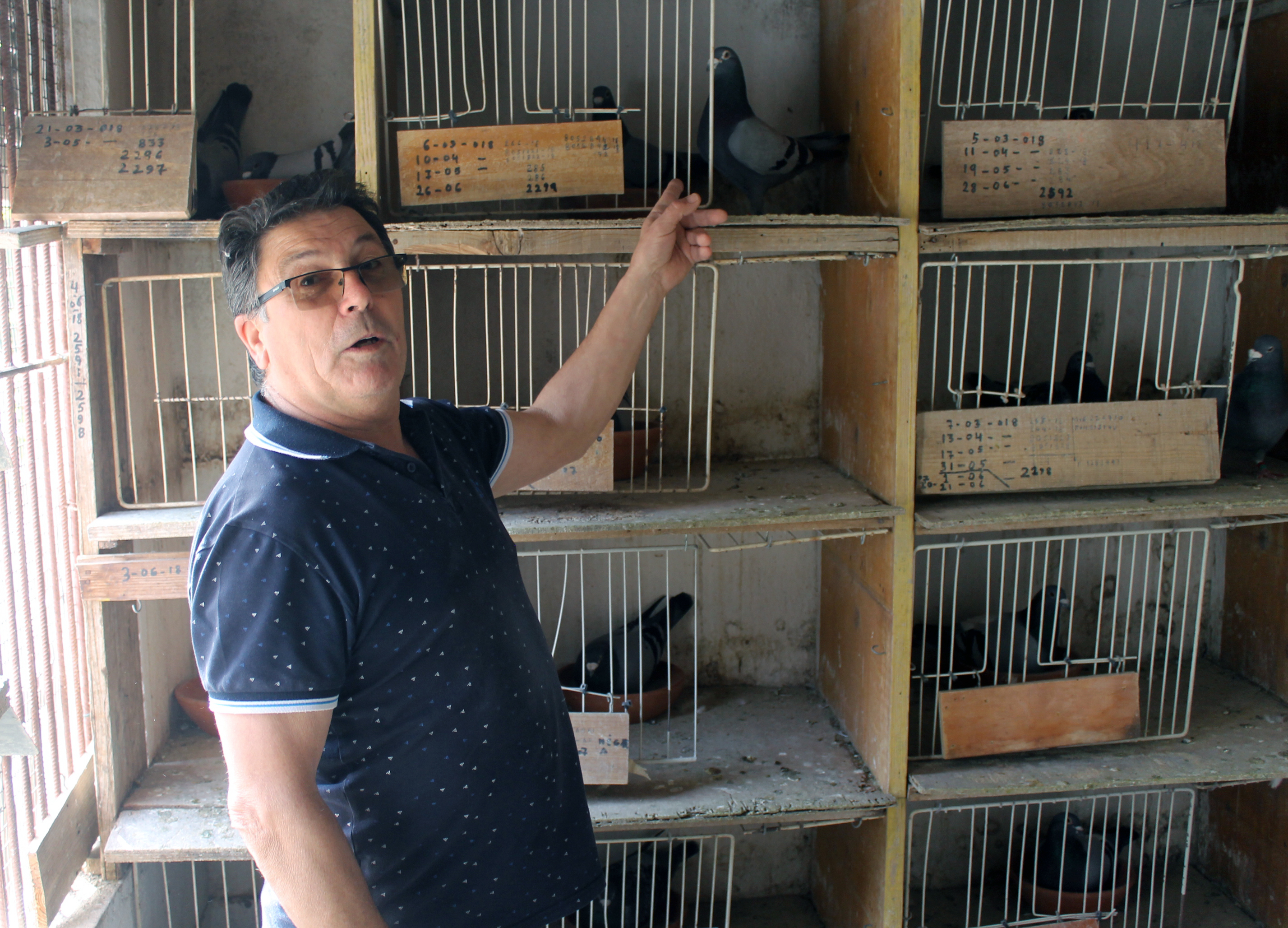